The “it’s banned in Europe” fallacy 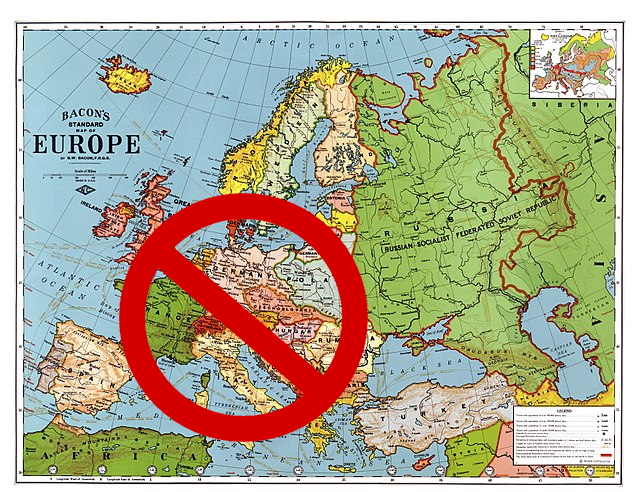 The title of this post is written somewhat in jest because this is not a formally recognized fallacy; nevertheless, it is a very common line of reasoning that is logically flawed and very closely aligned with multiple fallacies. The argument, in a nutshell, asserts that something is dangerous or likely dangerous simply because it is banned in some (usually European) countries. It often takes forms such as, “if X is so safe, then why is it banned in so many countries in Europe? All of those countries can’t be wrong.” Most commonly, I see this flawed reasoning applied to GMOs, certain pesticides (e.g., glyphosate), and some pharmaceuticals, but the flaws are inherent to the argument structure, regardless of the topic.

Recently (and why I’m writing this now), I have been seeing it applied to the AstraZeneca COVID 19 vaccine, with the claim that the vaccine was banned in Europe due to concerns about blood clots, therefore, according to the argument, the vaccine must be dangerous. Before I go any further and talk about the general problems with this line of reasoning, let me be 100% clear that the vaccine was not “banned.” Rather, it was only temporarily halted while scientists investigated the reports of blood clots. Those investigations found that the rates of blood clots following vaccination were below or only slightly above background rates (Østergaard et al. 2021; Pottegård et al. 2021), and the European Medicines Agency (EMA 2021) concluded that while there are potential side effects that are being monitored (as is true of all medicines), any serious side effects are extremely rare, and the benefits outweigh the risks. As a result, the vaccine has been resumed in almost all countries that had temporarily halted it.

Moving on, let’s look at the more general problems with this line of reasoning. First, it is inherently an appeal to authority fallacy. It is asserting that something must be dangerous simply because of the people (governments) who say that it is dangerous. This is problematic for multiple reasons. First, government decisions are often influenced by political motivations and lobbyists, and in many cases, the people making decisions are politicians, not scientists. Indeed, this argument is very similar to the flawed tactic of citing court cases as scientific evidence, as if judges, lawyers, and jurors are somehow scientific experts who are qualified to evaluate scientific evidence and make scientific decisions. Non-scientists (and sometimes scientists) make bad calls about science all the time. Do I really need to explain that governments often get the science wrong? Isn’t that something that everyone intuitively knows? After all, Saudi Arabia bans the teaching of evolution in public schools, does that mean evolution is wrong? Obviously not. We have to look at facts and evidence, not just whether or not a government has banned something.

Nevertheless, you may be wondering about the subset of cases where the ban actually was the result of a scientific assessment by an agency such as the FDA, CDC, EMA, etc. Shouldn’t we listen to those organizations? That is a totally fair question, and in that subset of cases, the argument should be treated more seriously. However, it still ultimately has to be about the evidence. Even scientists on government agencies can make bad calls. So, ideally, we should base our views on the evidence, not the source of the evidence. Having said that, for most people who don’t have the time or training to wade through a mountain of scientific literature, it does often make sense to default to the relevant scientific agencies agencies. I would not, as a general rule, encourage you to challenge professional scientific organizations unless you have a considerable amount of scientific training and expertise yourself.

So, what do we do when a group like the EMA recommends halting a vaccine? There are two important considerations here. First, we need to look at precisely what they said, and why they said it, because usually, the situation is far more nuanced than simply, “they banned it.” The AstraZeneca situation illustrates this wonderfully. The vaccine was not initially “banned.” Rather, it was temporarily halted while the evidence was reviewed. This was done out of an abundance of caution, and once the possible harms had been evaluated, it was resumed in nearly all countries (as a side note, this actually shows just how seriously vaccine safety is taken; if anti-vaccers were right that governments/Big Pharma push vaccines with little regard for safety, then such halts wouldn’t take place).

The second consideration is the extent of the consensus on the topic. Was the ban recommended by a handful of organizations or was it recommended by the vast majority of scientific organizations? This is where we get to another one of the underlying flaws in the argument. Namely, it has a tendency to cherry pick experts. What I see happen over and over again is someone insisting that something must be dangerous because some countries banned it while totally ignoring the fact that just as many (often more) countries have approved it! In other words, if you can appeal to authority and claim that something is dangerous because some countries ban it, then it is equally logically valid* for me to claim that it is safe because some countries approve it (*both lines of reasoning are invalid, my point is simply that they are equivalent).

16 Responses to The “it’s banned in Europe” fallacy