Science matters because it works

Why should you support science? Because it works! It’s crazy to me that I even have to say that, but this is where we are as a society. Various forms and degrees of science denial are running rampant throughout our culture, and attacks on science are being disseminated from the highest levels. Indeed, it has gotten to the point that hundreds of thousands of scientists and science enthusiasts like myself feel compelled to take to the streets to march for science and remind everyone of the fundamental fact that science works and is unparalleled in its ability to inform us about reality and improve our world.

Image via the CDC

Just look around you. Everything that you see was brought to you by science. The batteries that power your electronic devices are a result of scientific advances in chemistry, as are the plastics that make up seemingly everything in our modern world. The planes that let you travel the world in mere hours were produced by our understanding of physics. The medicines that have doubled the human life expectancy came from biology, physiology, etc. Diseases that once claimed millions of lives each year are now almost unheard of thanks to advances in immunology, virology, etc. Even on topics where people frequently criticize science, like cancer, there have been great advances. Our ability to fight many cancers is improving, and, at the risk of appealing to anecdotes, I personally have family members who recovered from cancers that were untreatable just a few decades ago. Indeed, everyone reading this probably has friends and family who are only alive because of modern medicine (in fact, I would have died as an infant if it were not for medical technologies that my ancestors couldn’t dream of). Our entire modern world only exists because science works. Medicine, computers, cell phones, satellites, plastic, etc. all exist because science works. That is why it is so incredible to me that the anti-science movement even exists. Science has a proven track record, and we all benefit from it constantly.

Nevertheless, here we are, in a reality where the most powerful man in the world refers to an extremely well-established scientific fact as a “hoax,” a world where countless celebrities go around promoting all manner of unscientific woo, a world where opposing science has become a fashionable status symbol, a world where even a notion as ridiculous as believing that the earth is flat can enjoy a resurgence of popularity. This is crazy, and it has to stop. If we want to move forward as a society, or even just maintain our current position, we have to embrace science, not oppose it. Our views and policies have to match the facts, rather than trying to make the facts match our ideology.

Now, at this point, inevitably lots of people are going to get offended and respond with something to the effect of, “I’m not anti-science, but…I disagree with the way that science is being done, I think that massive corporations are buying off scientists, I have anecdotes that don’t match the science, scientists have been wrong in the past, scientists are close-minded, etc.,” but those aren’t valid responses and by using them you are standing in opposition to science, which makes you, by definition, anti-science. See, here’s the thing, science is a method, and it either works, or it doesn’t. You can’t pick and choose when you want to accept it and when you want to reject it. Either you accept that science is the only reliable method for understanding our universe that we have ever come up with, or you don’t.

This brings me to two important points. First, the people who make, “I am not anti-science but…” arguments are nearly always people with zero experience in science. They are people who are projecting their distorted preconceptions about science onto a method that they know nothing about. When people saying things like, “climate change scientists are just in in for the money” or “scientists are just going along with the dogma of their fields” they are just revealing how little they actually understand about how science operates or why we do research. No one gets funding for blindly going along with something that everyone already knows. You get funding for pushing boundaries and chasing novel ideas. Indeed, every great scientist was great precisely because they discredited the views of their day. 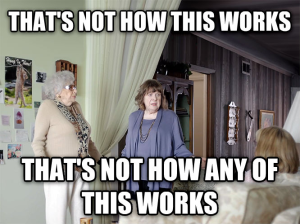 Second, these arguments nearly always (I’m tempted to say always) arise when science conflicts with someone’s personal beliefs. For example, countless conservatives are happy enough to have science make more efficient batteries, predict tomorrow’s weather, cure their illnesses, etc., but the instant that it says that burning fossil fuels is bad, suddenly they turn on science and invent fanciful conspiracies, appeal to a minority of fringe researchers, cite discredited papers, etc. Conversely, droves of people stand behind the science of climate change 100%, but when exactly the same scientific method says that GMOs are safe, suddenly we are back in conspiracy land. That’s not how this works! You don’t get to oppose science just because it shatters your naïve ideology. When thousands of papers conducted by countless scientists from all over the planet arrive at the same conclusion, you don’t get to reject that conclusion just because you don’t like it.

A final group of dissidents take things even further and directly question the validity of science. They claim that decades of research on vaccines is discredited by the simplistic notion that “mothers know best.” They ignore the scientific impossibility of homeopathy in favor of personal anecdotes. They insist that the fact that something has been used for thousands of years is more important than the fact that numerous studies have shown that it’s nothing but a placebo, and they embrace all manner of utter nonsense about energy fields, crystals, resonant frequencies, etc.

All of this is, however, once again, discredited by the obvious fact that science works! We had anecdotes, appeals to antiquity/popularity/nature, maternal instincts, etc. for thousands of years, and they got us nowhere! Science is the thing that allowed us to tell which of those anecdotes were based on causal relationships and which ones were based on spurious correlations, and science is the thing that allowed us to know which natural remedies actually worked (e.g. aspirin) and which ones were hogwash. Further, science is the thing that let us improve on nature and synthesize purer and more concentrated forms of natural chemicals, as well as making medicines that aren’t even found in nature. Again, the evidence for this is everywhere! If you have diabetes and take insulin, for example, you get that insulin not from nature, but rather from a GMO that was produced by science. Similarly, if you need surgery, I’ll bet anything that you are going to want to be knocked out using the best anesthetic that science has to offer, rather than munching on some herbs. Again, science is a method, not a collection of information, and the method clearly works.

The history of tobacco actually illustrates this well. It was used medicinally for centuries by Native Americans, it was supported by countless anecdotes, it was 100% natural, mothers thought it was best for their children, etc. Today, however, we know that not only does it fail to cure illnesses, but it is extremely carcinogenic. Why do we know that? Because of science! Because careful and systematic studies revealed that all of those anecdotes, maternal instincts, etc. were wrong. Now, someone is surely about to write a comment about the time that scientists were paid off by Big Tobacco to support smoking or the doctors who thought smoking was safe, but those are distortions of history. Sure, there was a transition period when evidence was still being accumulated and scientists and doctors were not convinced (nothing in science changes overnight), but that didn’t last, because science prevailed. Similarly, yes, there were a minority of scientists that were paid off, and tobacco companies certainly put tons of money and effort into creating the illusion that there was no scientific evidence that smoking was dangerous, but that was entirely a smoke screen created by the companies, and, once again, their efforts ultimately failed.

Indeed, this is exactly the same thing that is happening today on so many issues. The science on climate change, for example, is extremely clear. It is supported by thousands of studies and is agreed upon by virtually all climatologists. Nevertheless, fossil fuel companies have done a marvelous job of creating the illusion of controversy. They have a handful of scientists that they publicize strongly, and they pour tons of money into promoting the notion that the science isn’t settled. The anti-vaccine movement is the same thing. The science is solid, but they have a handful of “experts” and pump so much money and effort into it that it appears that there is a conflict, even though this is a settled issue among medical experts. Similarly, big organic companies pump untold millions of dollars into opposing GMOs and making it appear that the science isn’t settled, even though nearly 2,000 studies have conclusively shown that GMOs are  safe for humans and no worse (or even better) for the environment than traditional crops. Finally, if you are prone to conspiracy theory musings, then consider this: massive, multi-billion dollar tobacco companies tried as hard as they could to buy of scientists and suppress the truth, but they utterly failed. So how likely do you really think it is that pharmaceutical companies, Monsanto, etc. succeeded at that endeavor?

This post became more of a rant than I had intended, so let me try to rein things back in for a concluding paragraph. My point is simple, fundamental, and obvious: science works. A huge portion of you are probably only alive today because of science, and even if you would have survived, statistically, many of your friends and family members wouldn’t have. Indeed, you benefit immeasurably from science every single day. The advances of the past roughly 150 years are incredible, and they only occurred because of the method known as science. I for one, want those advances to continue, and I certainly don’t want to go backwards, but that means supporting science. It means making it a priority, and it means accepting the results that it produces even when we don’t like them. I usually try not to get political on this blog, but the reality is that if you love the advances that science has produced, then you need to get political. You need to vote based on who supports science, and you need to tell your elected officials that it is not okay to reject science or to cut funding for it, and I’m not just talking about climate change here. If you want life-saving medical breakthroughs to continue, then you need to support funding for agencies like the NIH. If you want to benefit from an enhanced understanding of the universe, then you need to support funding for things like the NSF. If you understand how many technological wonders have come from the space program and want more technological advances, then you need to support funding for NASA. I could go on, but hopefully you get my point. The way that I see it, our society is at something of a crossroads, and either we will fight for science, support it, and move forward because of it, or we will reject it, downplay it, and ignore it, in which case, at best, we will stagnate and halt our progress, and at worst, we will move backwards (e.g., increased disease outbreaks as vaccination rates fall). The choice between those two options seems pretty obvious to me.

10 Responses to Science matters because it works